We know her name. We know her face. But who is Roshanara Rahman? Reza Kardgar searches for answers in her hometown.

The blistering sun is ever present when you first arrive in Lahore. Here, in this storied City of Gardens, temperatures easily rise into the forties Celsius during the unforgiving summer months. Today, it’s a merciful 32 by comparison. As my guide Mohsin and I prepare for the long day ahead, I shield my eyes as I gaze out across the city, and I cannot help but wonder if this is what motivated her to reach for the stars–to escape the sweltering heat. Such silly thoughts are quickly washed away, however, as we head into the city looking for answers. We have many questions, but ultimately we just want to find out one thing: who is Roshanara Rahman?

On stardate 239106.11, hundreds of light-years away from the Federation core worlds, the crew of the USS Garuda were betrayed by their first officer Commander Harrison Ross. A decorated career officer, Ross appeared to be the poster boy for Starfleet recruitment efforts. Young, handsome, and charming: this was a traitor? The investigation continues, but for now, Starfleet Command has been unusually quiet about the entire affair, and what scant details have been found about Ross by those outside of the service amounts to little more than the faintest sketch of a man beyond his spotless service record.

In contrast, media reports have been able to find quite a bit about Lieutenant Commander Roshanara Rahman, the Garuda’s 34-years-old chief engineer who is alleged to have conspired with Ross, using her critical position on the Galaxy class starship to allow such an egregious security breach to occur.

Kriosian by birth, Rahman was born off-world in 2356 on Moselina IV before being adopted by a human couple and raised on Earth as a Federation citizen. Her childhood was a relatively happy one based on all accounts of friends and neighbors who remember the young Rahman.

“She was such a headstrong girl,” recalls Rahman’s secondary school teacher Obaid Amir. “I can’t even begin to remember how many arguments she got into with me.” He chuckles as he tells me a story of an influential visit to Moscow’s Memorial Museum of Astronautics when Rahman was fourteen, but I see sadness behind his weathered smile.

A knock at the Rahman residence goes unanswered. Rahman’s parents–Issam and Najwa–have mostly stayed out of the headlines, avoiding the onslaught of eager reporters who have descended upon their humble home in the walled “Old City” district. Neither Issam nor his wife’s families have had previous members who’ve served in Starfleet. In fact, according to at least one neighbor, the parents were initially rather hesitant about their daughter’s career ambitions, especially while she was at Starfleet Academy and the Dominion War raged on across the quadrant.

“They begged her to reconsider–to look into civilian starship work–but she was too stubborn to quit. She felt they didn’t believe she could do it. On the contrary, they never doubted she would make it through, but they didn’t want their only daughter to come back to them in a casket,” says friend of the family Samira.

Having spent most of her early years on Earth, she elected to attend the Academy’s Beta Ursae Minor II campus–and thus ironically avoided the Breen bombardment of the Academy’s San Francisco campus along with Starfleet headquarters and the rest of the city late in the war. She graduated into the post-war political climate that the Federation has since found itself entangled in, with Starfleet’s main task for the next decade focused on relief and rebuilding efforts across the Federation. She spent an additional two years on Beta Ursae Minor II earning her master’s degree in engineering before finally being assigned to a starship in 2380. Her early career is typical of most other young engineering officers, with a steady stream of research papers and positive performance evaluations added to her name. However, for Rahman, life changed in 2383 after a near-catastrophe aboard the USS Tempest.

“You won’t hear about it in any of the official reports,” remarks Matthew Strickland, then a crewman first class aboard the Tempest who has since left the service for the private sector. “Nobody died, which meant the press never got wind of it–or maybe they didn’t care. Everything was handled internally.”

Nobody died, but according to Strickland and other former Tempest shipmates, Rahman and at least one other engineer were nearly killed in an accident that left the woman with her infamous scarring, seen now across countless news streams and the cover of the New World Economist. Could this accident eight years ago offer a clue? The first step down a dark path? At least one prominent watch dog group thinks so.

“You look at the profiles of people who’ve betrayed organizations they’ve sworn to protect–whether it be law enforcement, Starfleet, the Federation itself–and there’s a common thread of betrayal felt on their part. These people don’t think they’ve actually done anything wrong because as far as they’re concerned, they’ve already been let down by the organization,” explains Dr. Keahvon of the Cerberus Group, a San Francisco think tank. “This is what makes it terrifying. You’re dealing with someone who feels she is exacting some sort of deserved justice on those who’ve wronged her.”

But what of the Ross connection? A senior officer betraying her shipmates is appalling but to have two senior officers on the same ship plotting such an act? Prominent commentators have questioned the implication that this was just the isolated story of a disgruntled officer who wanted to exact personal vengeance. Rather, they and other voices–including several on the Federation council–believe there is something far larger and more disturbing hiding within Starfleet’s ranks and perhaps other venerable Federation institutions.

“Harrison Ross. Roshanara Rahman. This is just the latest embarrassment for an administration that doesn’t take the security of Federation citizens seriously,” asserts Councilman Kevin Steiner. The Terra Novan, who is rumored to be a likely opponent against President Nan Bacco in the upcoming elections, has long been critical of the president’s handling of military affairs and in particular of the restructuring of Starfleet–begun by her predecessor it should be noted–as it prepares to modernize itself for the coming century.

“Being a member of Starfleet used to mean something. Only the crème de la crème could have even hoped to wear the uniform, and the word of a Starfleet officer was considered like that of a paragon of Federation values and justice,” the councilman further outlined in a speech on the Council floor last week. “Does anyone really believe that now? This president is so quick to appease her supporters–using the Federation Starfleet as just another wing of her reelection campaign organization–that she’s reduced a once proud pillar of the Federation to a shell of its former self. Is it any wonder these kinds of people then have been able to infiltrate it like a cancer?”

Ultimately, regardless of whether Rahman’s betrayal is part of something more insidious or just the story of a once promising officer’s fall from grace, the damage has already been done. Calls for an examination of Starfleet’s procedures and increased oversight have been made from as far as Arcadia to Xelata. As the Federation struggles to balance its obligations across both quadrants with the new Cardassian treaty, the continued relief efforts to the Romulan refugees, and renewed tensions strain the alliance with the Klingon Empire, the revelation of corruption and internal strife is yet another blow to President Nan Bacco’s call earlier in the year for a renewed sense of Federation unity.

But beyond the political theater, here in Lahore, those who knew Rahman are left struggling to find out what happened to that ambitious young woman who left for the stars. As I share tea with her proud and former teacher, I prod a little further.

“So she never got into trouble?”

“Trouble? She was certainly mischievous at times, but she was a good student. One of my best.” Amir shakes his head. “I wish I had told her that. I don’t care what they’re saying about her. She isn’t a traitor. She dreamt of joining Starfleet, and she’s already paid so much for that dream. I won’t let others insult her when she hasn’t even had a chance to defend herself. She and others like her serve to give us that right. The least we can do is give her the same.” 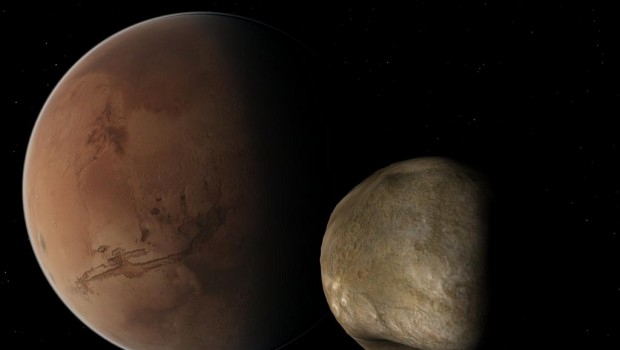